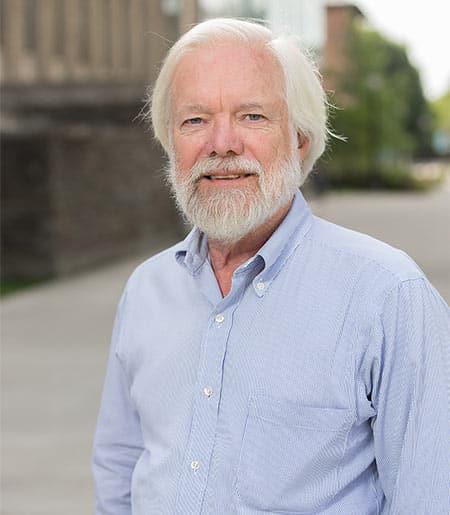 Paul L. Houston is Peter J. W. Debye Professor of Chemistry Emeritus at Cornell University and Professor Emeritus of Chemistry and Biochemistry at Georgia Institute of Technology. From 2007-2013 he was Dean of the College of Sciences at The Georgia Institute of Technology. Prior to that, he spent his professorial career at Cornell University. He joined Cornell as an Assistant Professor in 1975 following undergraduate study at Yale, doctoral work at MIT, and postdoctoral research at the University of California at Berkeley. At Cornell, he was formerly Chair of the Department of Chemistry and Chemical Biology (1997-2001), and Senior Associate Dean of the College of Arts and Sciences (2002-2005). He was a member of the Cornell Center for Materials Research, the Kavli Institute at Cornell University for Nanoscale Science, and the Graduate Field of Applied Physics. Houston has been an Alfred P. Sloan Research Fellow (1979-81), a Camille and Henry Dreyfus Teacher Scholar (1980), and a John Simon Guggenheim Fellow (1986-87). He served as a Senior Editor of the Journal of Physical Chemistry (1991-97), as Chair of the American Physical Society Division of Laser Chemistry (1997-98), and as a member of the Science and Technology Steering Committee of Brookhaven National Laboratories (1998-2005). In 2001 he shared with David W. Chandler the Herbert P. Broida Prize of the American Physical Society for work on product imaging in chemical dynamics. He was elected a fellow of the American Academy of Arts and Sciences in 2003.