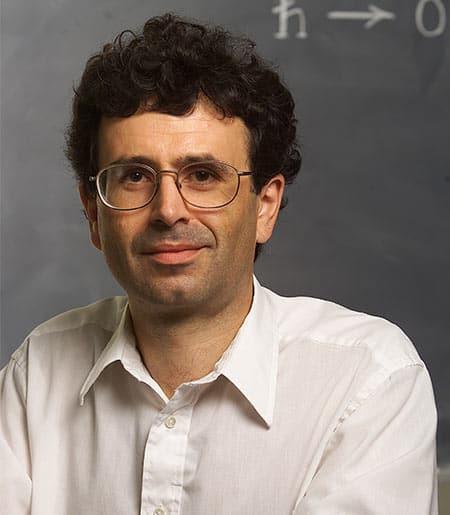 Professor Ezra's research covers many aspects of dynamics in chemistry and physics. He is interested in the role of symmetry in physical problems, in classical, semi-classical and quantum approaches to atomic and molecular systems, and in geometrical aspects of Hamiltonian and non-Hamiltonian dynamics.

Our research is concerned with the bound state and reaction dynamics of molecular and atomic systems. Processes of interest include intramolecular vibrational energy transfer, unimolecular dissociation, and collisional energy transfer. Classical trajectory methods, semiclassical theories, and direct solution of the nuclear Schrodinger equation are employed as appropriate to investigate fundamental problems in intramolecular and collision dynamics. We are also interested in novel semiclassical approaches to the characterization of highly excited states of few-body Coulomb systems.

A central aim of our work is a detailed understanding of intramolecular energy flow and its consequences for spectroscopy and chemical kinetics. In particular, we seek chemically useful correlations between the shape of a molecular potential energy surface and the associated reactive and bound-state dynamics. Another basic theme of our work is the relation between the classical and quantum mechanics of systems of chemical interest such as molecular Hamiltonians or multielectron atoms.