State of the University

Cornell’s aspirations and achievements, the success of its ongoing fundraising campaign and its extraordinary faculty and students were highlights of President Martha E. Pollack’s State of the University address, delivered Oct. 14 to an on-campus audience of more than 450 Trustee-Council Annual Meeting attendees in Kennedy Hall, as well as livestream viewers.

“The work that Cornell is doing, in and across our colleges and schools, will reverberate across lives for decades to come, as we educate the next generation of thinkers and doers, scientists and scholars,” Pollack said.

She began and ended the speech by thanking supporters of the university and its ambitious “To Do The Greatest Good” campaign, which aims to raise at least $5 billion in five years to educate students to be leaders, tackle the world’s most challenging problems and connect Cornell to the world through public engagement, international programs and global reach.

“All major research universities, even those that were established long before Cornell, follow Ezra Cornell and Andrew White, and it was a radical blueprint: combining research and education across a broad range of disciplines, valuing diversity and the free exchange of ideas, pursuing academics that aren’t tied to a single philosophy, that aren’t designed for a single kind of student,” she said.

But leading universities like Cornell need to strive to do even more, she said: “If we’re going to find our way to a sustainable future – with the innovations, the leadership and the civil society to meet all of the challenges we face – we’re going to need a thriving ecosystem of higher education, working in new and forward-looking ways.”

In her speech, Pollack recognized the numerous achievements of Cornell faculty over the past few months, including:

The president recognized the 10th anniversary of Cornell Tech, celebrated over the summer, and the ongoing Phase II of construction at the Roosevelt Island campus, which will enable its student body to grow from about 500 students today to 2,000 in 20 years.

Pollack described a range of achievements in academic innovation, and also those of “our amazing students” – including Bryce Demopoulos ’23, a biological and environmental engineering major in the College of Agriculture and Life Sciences, who in August rescued a man who’d stumbled onto the subway tracks in New York City as a train approached.

Pollack also recognized Cornell staff, including Denise Hubbard, an inventory coordinator in Student and Campus Life, who has established processes to reupholster and repair damaged furniture whenever it can be restored instead of replaced. She also is connecting the university with Ithaca-area charities, in order to donate furniture at the end of its Cornell use.

“Thanks to her,” Pollack said, “hundreds of beds and mattresses have been donated to area families, along with hundreds of other pieces of furniture that have gone to those in need, instead of to landfills.”

Hubbard’s work is just one of myriad sustainability efforts at Cornell. Pollack also mentioned the 2-mile-deep Cornell University Borehole Observatory, the first step in Earth Source Heat, the university’s plan for heating campus with deep geothermal energy; and the first batch of grants awarded by the 2030 Project to faculty working on climate solutions.

In closing, Pollack said she remains optimistic about Cornell’s continuing role as a force for good in the years to come. She also noted Cornell’s high ranking in a recent survey about public trust.

“Our challenge now is to continue to earn that trust,” she said, “by living up to the potential that Ezra Cornell saw in this institution 157 years ago: to marshal the best among us, and the best in us – ‘To Do the Greatest Good.’”

A recording of the address can be viewed here. 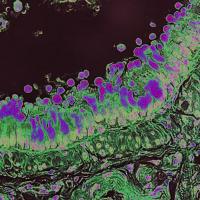 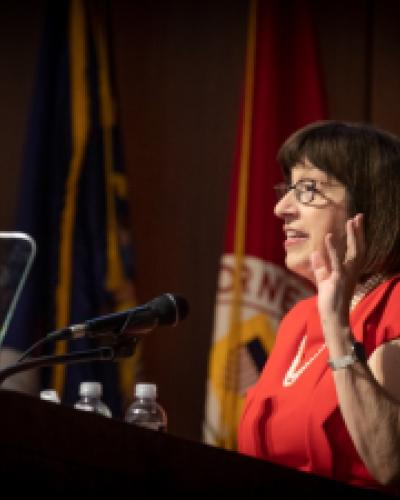 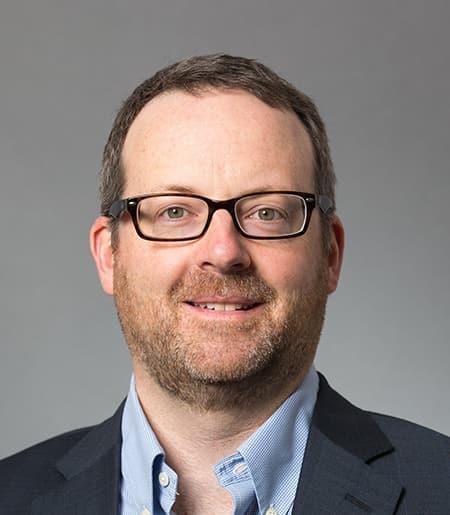