A collaboration of researchers led by Cornell has been awarded $22.5 million from the National Science Foundation (NSF) to continue gaining the fundamental understanding needed to transform the brightness of electron beams available to science, medicine and industry.

­The Center for Bright Beams (CBB), an NSF Science and Technology Center was created in November 2016 with an initial $23 million award to Cornell and partner institutions. The center integrates accelerator science with condensed matter physics, materials science and surface science for the advancement of particle accelerator technologies.

These insights will help improve the performance and reduce the cost of accelerator technologies around the world and develop new research instruments that transform the frontiers of biology, materials science, condensed matter physics, particle physics and nuclear physics, as well as new manufacturing tools that enable chip makers to continue shrinking the features of integrated circuits.

“Currently, all of these scientific and industrial instruments are limited by the brightness of their beams,” said Ritchie Patterson, director of the Center for Bright Beams, and the Helen T. Edwards Professor of Physics in the College of Arts and Sciences. “CBB is the only center in the world that brings together an interdisciplinary approach to address critical challenges limiting accelerator science. This renewed funding will help us build on our successes to date, which have benefited enormously from our collaborative approach.” 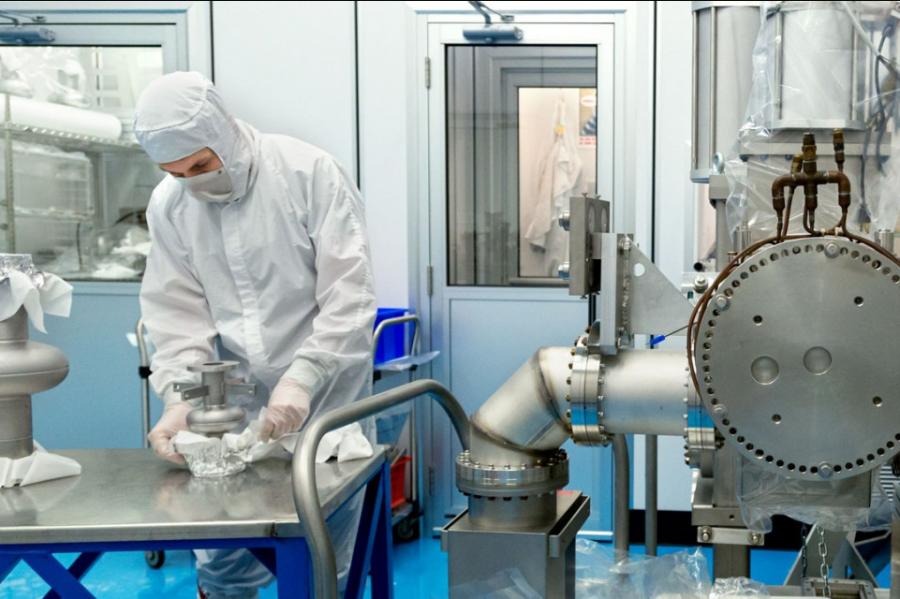 Provided Cornell doctoral student Ryan Porter prepares an superconducting radio-frequency cavity made from the element Nb3Sn in the clean room of Newman Lab.

The center is based at Cornell’s Laboratory for Accelerator-based ScienceS and Education (CLASSE), and includes scientists from Cornell’s Departments of Physics, Applied and Engineering Physics, and Chemistry and Chemical Biology, as well as scientists from seven other universities and three national labs. CBB is organized into three interdependent research themes related to beam production, acceleration, dynamics and control. These themes combine to focus on the creation of smaller, brighter electron beams.

Since 2016, CBB’s research has resulted in an electron source with ten times smaller size and divergence than common sources in use today. This will open new pathways for drug design by allowing biologists who study the structure and dynamics of single molecules to reduce their data collection time by 90%.

The center has also created new methods for beam acceleration that match today’s performance but are vastly simpler to operate. CBB’s high-field Superconducting Radio Frequency (SRF) cavities will cut the construction costs of the largest accelerators by up to billions of dollars by reducing the length of tunnels and the number of cavities. Relaxed cavity operating temperatures will simplify cryogenics, making beams more accessible to universities and industry, or “a beam in every basement.”

There are roughly 30,000 industrial and medical accelerators in use today, with annual sales of $3.5 billion. David Muller, CBB’s director of knowledge transfer in Phase I, and the Samuel B. Eckert Professor of Engineering in the School of Applied and Engineering Physics, said the center’s research aims to increase that number as brighter beams bring new capabilities.

“With this new round of funding, CBB will pursue the most productive research to achieve even higher brightness,” Muller said, “and we will ready these methods for accelerators being used by chip manufacturers and industrial leaders, as well as smaller research institutions.”

For more than a century, major advances in physics, chemistry and biology have resulted from scattering, imaging, spectroscopy and colliding beam experiments. But in order to see something new you must do something new, and these experiments are now becoming increasingly dependent on time-resolved information which allows for such things as true movies of molecular machines at work. Examples of other cutting-edge methods dependent on advances in particle beams include beams for tumor treatment, electron microscopes capable of imaging individual atoms, instruments for wafer metrology, and the Large Hadron Collider.

While CBB continues to make significant advances in the particle accelerator frontier, its greatest impact may be the result of educating future scientists in electron beam technology.

“These large-scale colliders, intense X-ray sources, and electron microscopes are essential tools for science and industry, but the U.S. educates few students to understand the bright electron beams on which they depend for success,” said Melissa Hines, associate director of CBB and professor of chemistry (A&S). “Our graduate students are helping to bridge this gap, and approximately half of CBB’s students are in areas that the Department of Energy has identified as areas of critical need. Our most important output is almost certainly going to be the large number of graduate students and postdocs, most of whom will go off to have a big impact in a variety of different fields.”

The NSF Science and Technology Centers: Integrative Partnerships program supports innovative, potentially transformative research and education projects that require large-scale, long-term awards. The centers foster cutting-edge research, education of the next generations of scientists and broad distribution of the knowledge and technology produced.

Read this story in The Cornell Chronicle. 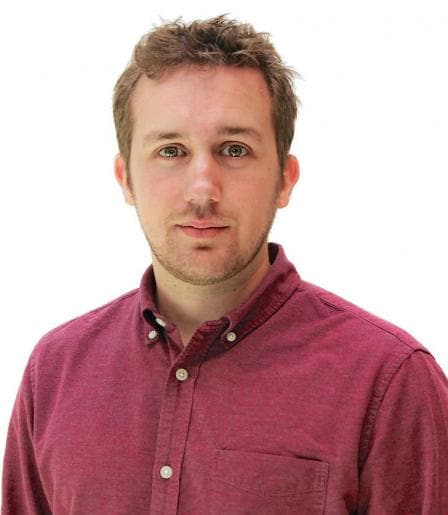 Alum memorialized with campaign to promote his made-up word