When Marilyn Jacox, Ph.D. ’56, applied for tenure-track positions at 75 universities in the late 1950s, she could only get interest from women’s schools.

“Even a Ph.D. at Cornell didn’t open the doors at any of those universities,” said Anneke Sengers, an emeritus fellow at the National Institute of Standards and Technology, where Jacox spent most of her career as a pioneer and driving force in the field of matrix isolation spectroscopy. “When Marilyn and I arrived at the NBS (the National Bureau of Standards, now NIST), there were virtually no tenured women scientists at major research universities and black scientists were simply not hired.”

But the NBS did accept female and black scientists, so it was a good place for Sengers and for Jacox, who joined in 1962.

Because of this start, Jacox, who died in 2013, became an ardent supporter of young female scientists. And she followed through on that passion by making a $1.5 million gift from her estate to the College of Arts and Sciences that funds scholarships for female undergrads studying science and math.

“Dr. Jacox left a legacy of outstanding science as a physical chemist, and she led a pioneering path to make it a little easier for women scientists who follow her,” said Barbara Baird, the Horace White Professor of Chemistry and Chemical Biology. “She is a leader by her example and by her generosity; her bequest provides important scholarship support for undergraduate women who choose science as their path.”

One of the students honored with the Jacox scholarship is Sophia Lai ’17, a chemistry student who’s also interested in creative writing. Lai’s interests lie with organic and polymer chemistry, and she’s a member of the Dichtel Research Group.

“Because STEM is a male-dominated field, women are often seen as ‘special snowflakes’ and may experience a lot of stress to be high-performing,” Lai said. “If they do not meet the expectations of their male counterparts, they are often scorned more than if they were male because they are scrutinized more heavily.”

Baird said when she earned her own Ph.D. at Cornell in 1979, women were still a small minority of students. Today, women comprise 43 percent of Cornell’s 84 undergraduate chemistry majors and 38 percent of the 127 chemistry doctoral students, she said.

“A large problem with women in STEM is that they can’t find other female mentors in the first place. I think it’s important to know that you are not alone, and that having someone with more experience (and used to be in your shoes) can alleviate some of the challenges of pursuing any field as a minority,” Lai said.

Jacox was born in Utica, New York, and was fascinated with science and light even as a child, said Zakya Kafafi, adjunct professor in the Department of Electrical and Computer Engineering at Lehigh University, who met Jacox when Kafafi was a graduate student at Rice University. “Her mother asked her, ‘Is there anything you aren’t interested in, Marilyn?’ and Jacox answered quick as a flash: ‘Yes. Undertakers.’”

During her decadeslong career at NIST, Jacox was author of more than 200 highly cited scientific publications and the recipient of various honors, including the U.S. Department of Commerce Gold Medal Award for Distinguished Service, the Federal Woman’s Award, and the E.B. Wilson award of the American Chemical Society. She also was promoted to NIST fellow, one of only three women in NIST’s more than 100-year history. She was also a talented photographer and avid world traveler.

Her scientific partner in much of her research was Dolphus E. Milligan, a NIST scientist instrumental in the formation of the National Organization for the Professional Advancement of Black Chemists and Chemical Engineers.

Milligan’s son, Charles, remembered growing up in the lab watching his dad and Jacox.

“As a little kid in the lab, I didn’t see gender and I didn’t see race,” Milligan said. “What I realized as a kid was that the qualities and characteristics that matter are intelligence, a collaborative spirit and creativity.” 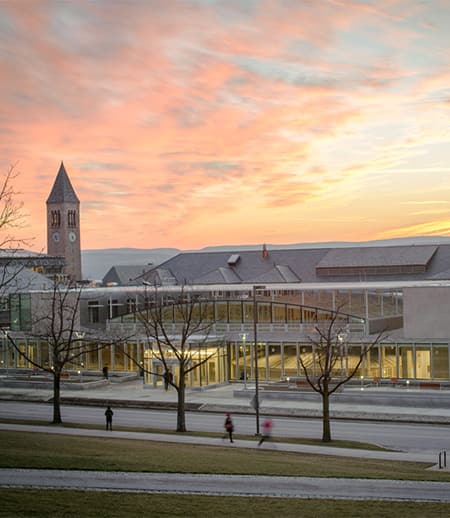