Adadot Hayes ’64 said she will never forget Jeffrey, a baby born with Trisomy 13, a chromosomal condition that left him without eyes, with a cleft palate and a host of other problems.

Most babies with this genetic disorder don’t live past 1 month, so his parents were advised to tell relatives and friends that he had died at birth. But Jeffrey lived to be 9 1/2 years old and Hayes, then a young pediatrician in Pennsylvania, said she never gave up on him.

“Through him, I leaned about myself, about humanity and about how to treat people,” said Hayes, who returned to campus in October for a career conversation with students. “He was a person with practically no abilities, but Jeffrey was one of the happiest people I’ve ever met.”

Hayes, who majored in zoology and chemistry at Cornell, talked about her varied career in health care, which included time in private practice, in a position with the U.S. Army Reserve and work with the state of Tennessee on issues related to caring for people with intellectual disabilities.

Hayes said she often took 20 credit hours a semester at Cornell because there were so many courses she wanted to fit in.

“I loved my classes on mythology and history of art,” she said, adding that she planned to visit the Herbert F. Johnson Museum of Art during her campus visit. An interior decorating class she took 50 years ago came in handy recently as she designed a new table for a living room remodel.

She found mentors in her departments and the financial aid office, and though she wasn’t fond of math, she became good friends with her calculus professor, who hired her as a babysitter. They still keep in touch.

“You cannot neatly plan your life out because your path is going to change, many times because of things you can’t control,” she said. “But if I had to do it over again, I think I would have planned it just this way.”

One of only three women in her medical school class at the University of North Carolina-Chapel Hill, Hayes spent five months in the hospital after a serious car accident but still managed to graduate on time. During her residency, she spent a lot of time in the neonatal unit and a mentor encouraged her to focus on neurodevelopmental disabilities such as cerebral palsy and Down syndrome.

During a fellowship in London, she met her future husband and later joined a private practice in northeastern Pennsylvania, where she soaked up knowledge by consulting with “every agency within the four-county region that had anything to do with developmental disabilities.”

At a cocktail party one night, she met an Army Reserve commander who was anxious to add a female doctor to his unit; a recruiter convinced her to sign up.

She ended up fighting her own battle within the Army, against a decision from above that all soldiers should be vaccinated against smallpox using a live vaccine. “Basically … we would have sent them home, most likely with an infection, to go pass along the live vaccine to their families,” she said.

Though she had to take her opposition the whole way to the surgeon general’s office, the vaccine order was stopped.

While Hayes enjoyed private practice, she longed for an academic medical experience, noting that she was drawn to cases of “very rare, peculiar kinds of diseases.”

She took a position at the University of Pennsylvania for six years, spending most of her time on patient care, grant-writing and teaching; subsequently she was contacted by the state of Tennessee, which needed someone with her qualifications to oversee improvements to state institutions serving people with developmental disabilities.

The state had been sued by the Department of Justice under the Civil Rights of Institutionalized Persons Act because of deplorable conditions at its institutions. Similar lawsuits were happening across the country. The 1992 lawsuit was finally settled in 2016, Hayes said.

“I got an interesting view of how government medicine works,” she said.

Now semi-retired, Hayes returns to campus at least once a year and always makes a point to sit in on a class or two. She is a member of the College of Arts and Sciences advisory council and also is involved with the College of Veterinary Medicine and the Lab of Ornithology. 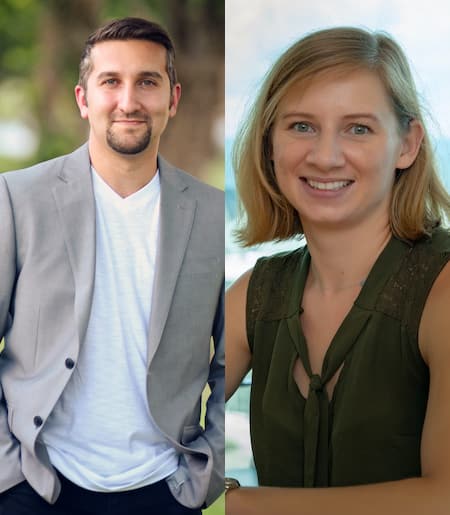